By Katya Ascher on February 4, 2021
Posted In International Health

Key Take-Away: To avoid ambiguity, parties drafting manufacture and supply agreements should explicitly set out the factors that they deem relevant in assessing a party’s efforts. The manufacturing party may wish to explicitly mention its commitments to other purchasers and expected technical difficulties. This is particularly true in the field of biotechnology where problems in development and early stages of production are common

Vaccines are finally offering hope that the COVID-19 pandemic, which has claimed millions of lives and bulldozed the way we lived “before,” will come to a halt. However, even as the efficacy data is reported and companies obtain regulatory approval, there is another hurdle: global demand far outstrips production capacity.

In this febrile context, AstraZeneca has announced that due to production problems at a Belgian site, it will not deliver to EU member states the expected number of doses of its vaccine, which was granted a conditional marketing authorization in the EU on January 29, 2021. To bolster its contention that AstraZeneca is in violation of its obligation to supply the scheduled doses of vaccines, the EU Commission published a redacted version of the Advance Purchase Agreement for the Production, Purchase and Supply of a COVID-19 Vaccine in the European Union (the APA), which the Commission negotiated and signed on behalf of Member States on August 27, 2020.

What does the agreement say about AstraZeneca’s obligations to supply the vaccines? And what lessons can be gleaned for those negotiating manufacturing and supply agreements in the field?

The APA provides for three categories of commitments with respect to vaccine supply – 300 million “Initial Europe Doses,” an option for an additional 100 million “Optional Doses”, and an obligation for AstraZeneca to consider in good faith any request for “Additional Doses.”

While the delivery schedule for the Initial Europe Doses is redacted, it has been reported that AstraZeneca was expected to deliver at least 80 million doses in the first quarter of this year.

Section 1.9 of the APA defines Best Reasonable Efforts as “the activities and degree of effort that a company of similar size with a similarly-sized infrastructure and similar resources as AstraZeneca would undertake or use in the development and manufacture of a Vaccine at the relevant stage of development or commercialization having regard to the urgent need for a Vaccine to end a global pandemic which is resulting in serious public health issues, restrictions on personal freedoms and economic impact, across the world but taking into account efficacy and safety.”

If anything is clear, it is that AstraZeneca’s commitment to deliver the Initial Europe Doses is not absolute.  It is, in the terminology of civil law systems, not an obligation of results but rather an obligation of means. The unredacted portions of the agreement do not provide for hard delivery deadlines.

However, AstraZeneca’s performance is measured against an objective standard.  Its efforts must be comparable to those that would be exerted by a company of similar size with a similarly sized infrastructure and similar resources. A more favorable standard to a manufacturer, and one that is sometimes agreed for companies of a certain size, is to measure the effort against the company’s own capacities in similar projects.

The APA’s definition of Best Reasonable Efforts takes into consideration the relevant stage of development or commercialization, and efficacy and safety, factors that sway in AstraZeneca’s favor.  The COVID-19 vaccine is a new biological product and a certain inherent level of production uncertainty might be expected at this stage. Indeed, AstraZeneca is not the only company that has encountered production delays. It has been reported that Pfizer will temporarily decrease deliveries of its COVID-19 vaccine to countries outside the United States as it renovates a factory in Belgium.

AstraZeneca could argue that it could not increase capacity at a faster pace without compromising the vaccine’s efficacy and safety. Of course, requiring the courts to consider the “urgent need for a Vaccine to end the global pandemic which is resulting in serious public health issues, restrictions on personal freedoms and economic impact, across the world” raises the performance standard, perhaps significantly.

One of the main challenges in maintaining adequate manufacturing capacity is managing obligations to multiple clients. The Commission has alleged that AstraZeneca is diverting doses that should have gone to the European Union to other clients, notably the United Kingdom.

The APA does not take into consideration commitments that AstraZeneca may have to other purchasers of the vaccine. In fact, in Section 13.1 (e), AstraZeneca explicitly represents, warrants and covenants that it is “not under any obligation, contractual or otherwise, to any Person or third party in respect of the Initial Europe Doses or that conflicts with or is inconsistent in any material respect with the terms of this Agreement or that would impede the complete fulfillment of its obligations under this Agreement.”  The United Kingdom has not disclosed its agreement with AstraZeneca, citing national security. Accordingly, it is impossible to know whether it contains any conflicting obligations.

In fact, in Section 5.4, the APA provides that for the purposes of manufacturing, United Kingdom is treated as part of the European Union. Accordingly, UK production facilities would also have to be considered in assessing AstraZeneca’s obligation to manufacture for the EU market.

To avoid ambiguity, parties drafting manufacture and supply agreement should explicitly set out the factors that they deem relevant in assessing a party’s efforts. The manufacturing party may wish to explicitly mention its commitments to other purchasers and expected technical difficulties. Another agreement published by the Commission, the Advance Purchase Agreement with CureVac, provides an example.

In its agreement with the Commission, CureVac commits to use “reasonable best efforts”  to establish sufficient manufacturing capacities to enable the manufacturing and supply of the agreed volumes of its COVID-19 vaccine once at least a conditional EU marketing authorization has been granted.

The contract defines “Reasonable best efforts” as  “a reasonable degree of best effort to accomplish a given task, acknowledging that such things as, without limitation, the complex and highly regulated nature of the Product; the timely availability of raw materials, inventories and liquid funds; yield of process; the success of necessary clinical trials programs to support safety and immunogenicity data for the Product; the approval of the final Product formulation; contractor’s commitments to other purchasers of the Product; other reasons relating to the uncertainties of producing a new vaccine for a new disease with an mRNA platform for which vaccines have not yet been registered by regulatory authorities; and any other currently unknown factors which may delay or render impossible, contractor’s successful completion of the particular task, including without limitations, developing a suitable production process as may be required for a new strain of virus, ramping up capacity at contract manufacturing partners, meeting delivery schedules and obtaining the EU marketing authorisation may be beyond the complete control of the contractor, provided, however, that the contractor shall not be required to take any actions inconsistent with past practice, ordinary course of business, prudent and reasonable business behaviour and/or the contractor’s budget plannings at the date hereof.” (emphasis added).

It is notable that the definition includes such factors as the contractor’s commitments to other purchasers of the product and an explicit acknowledgement of challenges presented by production of a new vaccine. The definition also makes clear that CureVac would not be required to take any action inconsistent with its planned budget.

Defining the obligation to manufacture and supply by reference to a Best Reasonable Efforts, Reasonable Best Efforts or Commercially Reasonable Efforts is common. How certain language is construed by a court, however, can vary significantly not just from country to country but from one state of the United States to another. It is good practice to negotiate key terms with reference to how courts in the relevant jurisdiction have construed similar terms in the past. Both the AstraZeneca and the CureVac agreements are governed by Belgian law and provide for dispute resolution in Belgian courts.

Any decision would certainly come too late considering the urgency of the situation.

The parties on both sides are taking action to ensure that the European Union receives the doses it needs to vaccinate its population as soon as possible. On January 31, 2021, Ursula von der Leyen, the EU Commission President announced that AstraZeneca will supply 9 million additional doses in the first quarter (40 million in total) compared to AstraZeneca’s previous offer. The European Union also adopted a temporary “export transparency and export authorisation” mechanism on the basis of Regulation 2015/479 in respect of exports of COVID-19 vaccines covered by an advance purchase agreement with the European Union. Such exports are now subject to an early notification and authorization before they are shipped outside the European Union.

What may be the most salient lesson from the dispute between AstraZeneca and the Commission for those negotiating manufacture and supply agreements in the biotechnology field is that, for products utilizing new technology, production issues are common but litigation (of issues that are fact intensive) and damages (which are usually capped) provide a small measure of relief and are often poor substitute for performance. 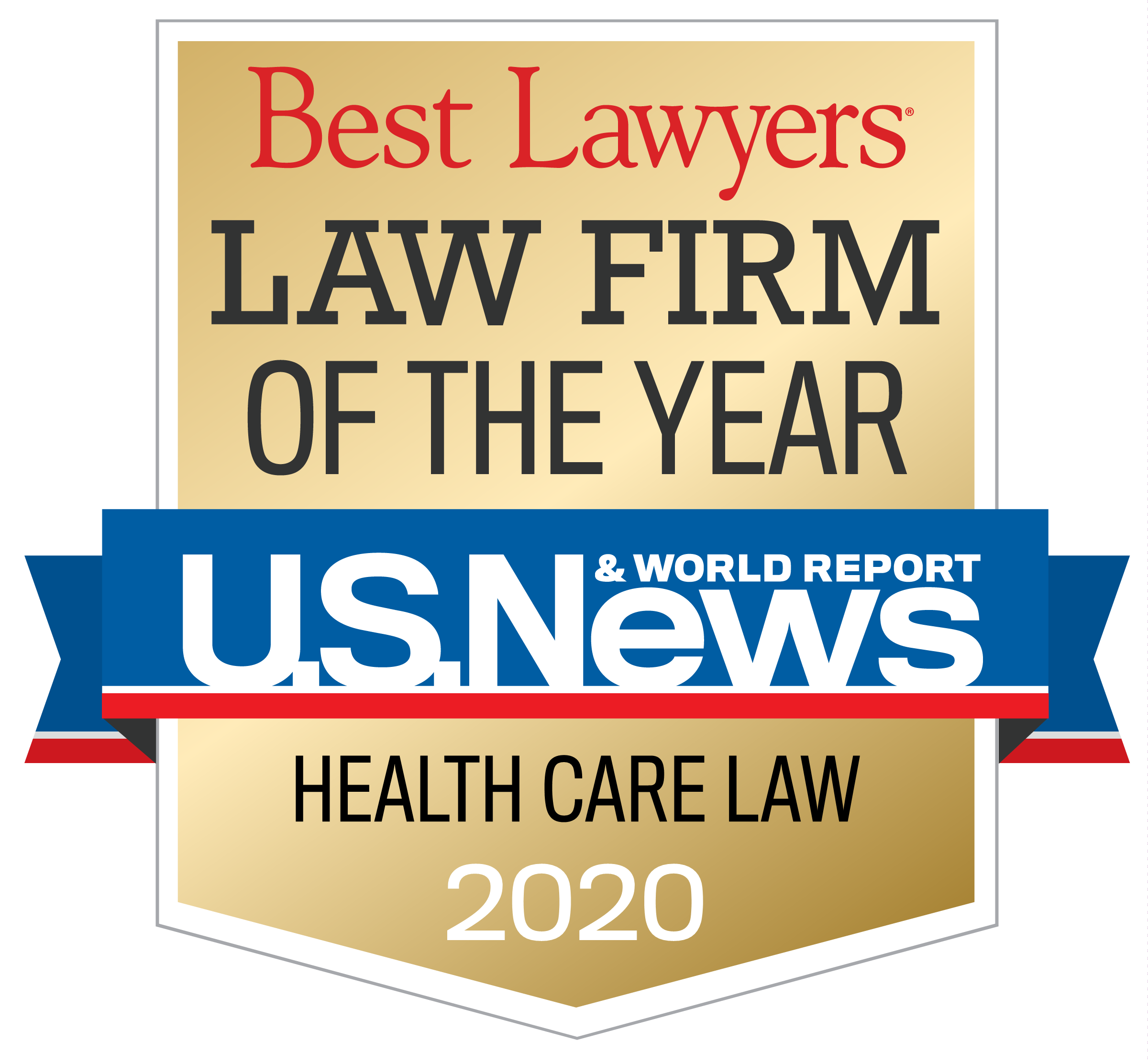